TRIM FOR THE TRACK

He won the Melbourne Cup on in 2000, but like all jockeys, Kerrin McEvoy’s biggest battle has often been with his weight.

Today Kerrin McEvoy will ride the Kris-Lees’ trained Lucia Valentina in the Cup. At $7.50, the four-year-old mare is one of the race favourites, and McEvoy, 34, will be carrying 53kg in the saddle.He regularly rides at 54-57kg, so shaving off extra kilos for special races requires monk-like dedication to diet. In 2011, he rode Helmet at 50.5kg – one of the lowest weights in his career – and down from the 52kg he’d carried in the previous race .

“It might not seem much to most people, but for me it’s a good amount of weight to lose and there’s not much of me to get off,” he says.

To sear 1.5kg in a week, he consumed a diet of brown rice, vegies and fish prior to race day, which gave him just enough energy to successfully control the 500kg horse.“Your body starts craving a lot of things that you’re usually eating,” he says. “But obviously, you have to look at the light at the end of the tunnel.”

As the meet loomed, he cut down his intake of fluid, and also had the option of hitting the sauna to lose those vital last few grams.To complement the strict diet, he added a fitness program that included walking, running and swimming.

Sydney-based McEvoy has a personal trainer he sees twice a week, working mainly on stomach and stability exercises in order to achieve good balance and positioning on the horse.

“I regard core strength as quite important in riding horses,” he says.  “When I broke my back in 2010, I was in a brace for 12 weeks and after that there were months of rehab work to strengthen my back and core. I also do lots of stretching and have regular massages and see my physio at least once a week.”

His wife, Cathy, is from a racing family, and McEvoys says her inside understanding of the weight loss process jockeys undergo has been key to his success on the track.

“She allows me to prepare for each race day with time to rest and sleep when I need it,” he says.

“Nutrition and diet is a huge factor when trying to maintain my weight at 52-53kg and is vitally important to me.” 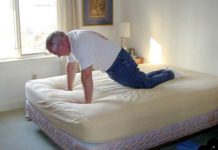 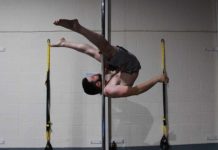 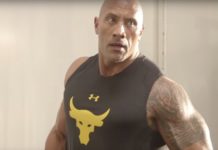