Marriage: Is It Redundant, Similar To Every Other Monogamous Relationship, Or Something Else? There are many different kinds of marriages such as monogamous or polyamorous relationships, kindly take a look at ispace1 where you can start a free profile if you are keen in any type of relationship and you will surely lead to a prosperous love life with your future partner.

It’s so done and dusted that it almost seems like an age-old debate now. But, it isn’t. The question of whether it is to be, or not to be is very recent. And it came about with the rise of gender equality, freedom of sexuality and role reversals.

A lot of millennials are questioning the institution altogether, while others are entering into holy matrimony for all the wrong reasons. Look around you and tell me if you haven’t seen couples get married only because they were too afraid to be alone; or because they thought they couldn’t do better or, simply put, kids and financial security.
Off late, I’ve been having incredibly heated discussions about whether or not, marriage and monogamy are natural, let alone even legit anymore. And while I’ve never really been able to come up with a concrete response—mine always has more to do with the fact that it has more to do with feelings and levels of commitment than logic, honestly—I do feel, somewhere that marriage, as a concept and form of commitment is quite honestly, unlike any other.

One might club monogamy and matrimony under the same umbrella; one might have their own reasons to do so and I’m not going to rubbish those reasons, entirely. But, I’m going to try and present cases in point for both sides of the topic. And let’s remember that all forms of commitments come with their own sets of disclaimers; marriage comes with a few more. But, there’s a reason why you should not write it off as redundant, just yet.

There is this accepted perception that monogamy and marriage are interchangeable. The argument I get a lot is ‘you don’t have to be married to someone to be committed to them’, ‘Monogamous relationships are just as good as being married, ‘One does not need a label to spend the rest of their lives with someone’… The list goes on. However, as it would turn out, there is a HUGE difference between being married to somebody and being in a monogamous relationship with them. Marriage brings in legal, social, emotional and sexual repercussions. It’s about taking on societal and familial roles on an entirely new level. Sure, you can say that when you’re in a monogamous relationship, your significant other is just as involved in all of these spheres of your life. But, they would still be your “Partner”, as opposed to being your “Husband”, or “Wife”.

And It Is About Labels

Believe it or not; like it or not; marriage is about labels. At the end of the day, you want to belong to someone and be more than just their significant other, partner, girlfriend, or boyfriend. You want the titles of husband, or wife to be added after your name. It’s not about the surname. But, it is about the roles and the titles because whether you want to accept it or not, the truth is, having a Mr, or a Mrs as a prefix makes a difference to the way we lived our lives before and after being married to someone. Aside from the fact that it feels like you do belong with someone, it is also about being responsible for that person when everyone else is gone—and yes, that will happen. It’s about having someone to fall back on, not because it’s a luxury; but because it’s now, a part of your life. It’s about letting someone hold you responsible for their well being and likewise, you them. It sounds selfish, yes. But, trust me, when you move beyond the face value of that sentence, it’s much more selfless and productive than you could fathom.

It’s true; it’s not everyone’s cup of tea. And most people would happily agree to it, too. It’s one of the most difficult decisions you’ll ever have to make in your life. You cannot expect to feel the same way for one person everyday; you cannot and will not feel the love for them throughout the day, for the rest of your life. But, then again, it’s not about loving so much as it’s about choosing. You’re willing to choose that same person over and over again, every single day, for the rest of your life. You will have to mentally prepare yourself for days when you probably do not want to be around that person; for the times when you’d rather just walk away from the useless banter than stand and take it; for moments when you’d rather just be alone in a room. But, you’d still choose to be with that person, no matter what or when or how because you have made JUST THAT sort of a commitment to them. You have decided to let this person take over your time and your emotions and almost every sphere of your life and it works the same way for you over them.

It’s about being so sure about one person being able to catch you when you fall; or being so sure about this person that if they told you to jump off a cliff, you could do it with your eyes closed, knowing well enough that it’s going to be okay. It takes time; it takes years; it takes patience. It takes decades of bickering, arguing and fighting till you’re both on the same side. It takes effort and losing the ego and a sense of where you’re headed to tell if you’re ready to spend the rest of your life with this one person. And sometimes, it’s not even about the entirety of your life—no one guarantees happy endings and the fairytales; not even storytellers—sometimes, it’s just about a lifetime in whatever little time you spend. It’s more than just “a piece of paper”. It’s a deal; it’s a partnership and it’s a promise to stick to one another and tie each other down because, sometimes, that’s the only way we can be free.

Humans crave connection; they crave emotional bonds that last. So, yes, we doubt marriage more than often; but, we also doubt life, the good in this world, our politicians’ agendas and the future of this planet. We’re still doing what we must, aren’t we? We’re still building roads, homes and investing in a future when we might not even make it through the day. Isn’t it the same with marriage, only ten times more intense?

Marriage is not redundant. Our threshold for commitment is. We’re afraid of the unknown. We’re also afraid of the known. We’re afraid to put in effort for one person who could become our whole world. We like to claim that we’d instead just stay monogamous for the rest of our lives and that it’s the same thing. The problem with that is, anyone can walk out at anytime. How does that make a marriage different? In a marriage you’re ready to be held accountable for walking out on the person you vowed to take care of in front of witnesses, on a legally stamped paper that is kept safe for records. It’s not about imprisoning a person, or their emotion. It’s about seeking out stability in the utmost sense. You’re ready to be their legal guardian and partner through thick and thin, through sickness and health, through rich and poor and through better and worse. You’re willing to make it legal. That, right there, is the highest form of commitment; not “just another piece of paper.”

Marriage: Is It Redundant, Similar To Every Other Monogamous Relationship, Or Something Else?

Every Other Monogamous Relationship 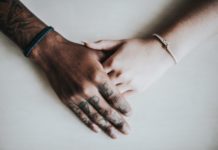 Questions to See How Honest You Really Are With Your Partner 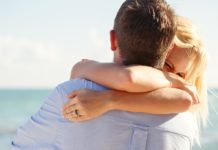 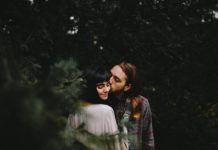