Men On Reddit Share Their Best Tips For Becoming A Better Man: Becoming a better man is a pretty good goal to have. Heck, it’s the tagline and founding principle of this very website! But going about doing so is another story. Being a “better” man is an inherently vague concept, and it seems to cover everything — the way you dress, your relationships with women, how you take care of your body, staying informed and even your sex life. So how, then, does any one guy go about figuring out how to become a “better” man in such a vast universe?

How To Become A Better Man, According To Guys Who’ve Done It

Simple: you ask guys who’ve done it (or at least, guys who claim to be working on it). Someone did just that in an r/AskMen thread (no relation), and there was no shortage of helpful replies. Many of them were empty platitudes, yes, but some of the advice is specific and solid.

While this may be unpopular, the simple things of being nice/kind/helpful/whatever is not great advice for being a better man. It’s greeting card stuff, equivalent of saying “get an A in math and you’ll be smart.” Well maybe, maybe not. Assholes who do nice things are still assholes when the chips fall. Nothing in the underlying programming has changed. If you want to be a better man, then you have to focus on you. Doing external things for internal changes can have positive impact, but there are better ways.

Admit when you’re wrong and feel OK when you do it. The second part is tough cause a lot of shit that are issues for guys is ego-based. Breaking that down within yourself will mature your ass and chill others out. I’m not always right, but that’s not a terrible thing and I strive to do better. Such is my mantra.

Read widely and extensively. Philosophy, history, literature. By better understanding the failures and successes of others, you can avoid those failures and attempt to replicate those successes. But also on a deeper level, they help you understand the world and give you a pain-free opportunity to react to certain situations or tough decisions.

Edit for one more thing: Watch the addictions. Drugs, booze, food, approval, etc. It’s perfectly ok to like something, drinking for example, and do it regularly. Still, take a break from your pleasures. Detoxify yourself every now and again. The road to addition is littered with small u-turns and rest stops. Force yourself to take them.

It’s true — you’re trying to improve yourself, not necessarily the world. You have to look out for number one sometimes.

Instead of dodging hard work and scraping by doing the least amount of work you can get away with every day, go out of your way to do more. Wake up with a purpose. Do things on purpose. Don’t procrastinate. Be the change you want to see in the world. Love somebody? Love them %100. Do not half-ass your love. Say what you mean and mean what you say. Be kind to children and the elderly. Take care or yourself.

No one ever got anywhere by half-assing it. Some people will always be luckier than you or have more advantages, but those things are outside your control.

Read. Read any type of books. As you read, your vocabulary will be refined and you will be introduced to new thoughts and ideas.

The fastest way to be more interesting is to know more things, and possess the kind of critical thinking skills that allow you to participate in discussions about things you don’t know about. No one’s going to find you very interesting if the extent of your knowledge is sports.

Develop your ability to empathize. It sounds very general, and it is. It’s one of the key things we should develop as a person yet our society neglects it. Or at the very least, doesn’t teach it well.

When you find yourself becoming angry now, maybe just go with it, but don’t be afraid to analyze why you’re angry. It’s incredibly difficult to be honest with yourself and we lie to ourselves more than anyone I think.

Much of the societal and political division we feel nowadays is due to splintered factions of people being utterly incapable of imagining why someone might feel the way they feel. Empathy isn’t the same as agreeing with someone. It’s being able to see someone else’s perspective, however flawed it may seem.

Show up. Right time, right place, right uniform. The majority of life is just showing up. School, a friend’s birthday party, a family get together, etc. Whether you want to or not, make an appearance, be on time, look the way you should. It will make a huge difference.

It’s true! You miss 100% of the shots you don’t take, and you can’t take a shot if you were never in the game in the first place. Also, the easiest way to win people over is the make them feel like they matter to you. The easiest way to do that? Show them that the things that are important to them are also important to you.

In addition to all the other great things already mentioned here, I’d like to add that I’ve always believed that the make of a man (and people in general) can be judged by how they act when they think no one is looking. Spilled coffee, but no one saw you do it? Clean that shit up. Your neighbor’s trash can tipped over, but no one’s around to pick it up? Do it! Just carry yourself with dignity and respect for the world around you, and it’ll bleed over into all the other aspects of your life.

Think about it — if you can conduct yourself properly when no one’s watching, imagine how well you’ll present yourself when people are. It also raises a larger philosophical question: who are we, really — the men we are in private, or the façade we present to the world?

There’s plenty more in the thread — again, some of it empty, and some of it damn useful. But if you’re the kind of guy who’s into self-improvement (and we could all stand to be), the whole thread is worth a read.

Drop This Fact
Cheerleading started out as a boys’ club, because it was seen as too “masculine” for girls. 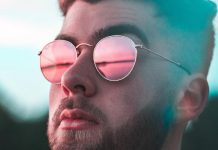 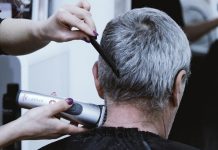 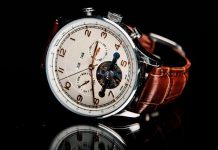