Mens Underwear Guide – Finding the Right Underwear for Your Man :Tired of looking at your man’s raggedy, hole-ridden briefs? Then it’s time to replace his collection with trendier alternatives, but as a woman, your experience and knowledge is probably lacking. Don’t worry. We have just the tips you need to fuel your next shopping spree.

If you’re uncertain about sizing, choose a more forgiving style. Briefs are usually made from a fine cotton knit that leaves only a centimetre of room for error, but you can count on boxers to give you as much as an inch of variation. If this is your first shopping spree for your man, the latter will serve you best.

If you think shapewear is limited to women’s fashion, think again. Men want to look svelte, too, so today’s male underwear market is replete with back supporting mirdles and support briefs. They usually rise well over the waist, extending an inch or two above the knee for control. They’re extremely demanding in terms of size accuracy, so choose a light shapewear item before graduating to less forgiving options.

Fashion has evolved beyond mere boxers and briefs. Trunks have been designed to offer a sleeker silhouette with a higher leg. If your man tends to wear skinny jeans or form-fitting trousers, they’re the slickest option on the market. Briefs suit men in suits, but their visible seams make them a poor choice for 501-cut jeans.

Every underwear style flatters a particular body type by balancing the trunk shape and height. Boxers give O-shaped physiques a little more length. Briefs flatter the waistline of a square body, and boxers add girth to a triangular trunk.

The trunk is a fussy area for men. Perspiration and lack of support can annihilate comfort in 10 seconds flat, so your man will appreciate a good fabric choice. Cotton wicks moisture away from the body and breathes well, but synthetics can reduce chafing. Bear in mind that if it looks like cotton, that doesn’t mean it is cotton.

Buying underwear for the opposite sex takes you far beyond your comfort zone, but don’t be intimidated. It’s easier than you think. The men’s underwear market has grown to include more diversity than ever before, so there’s plenty to choose from.

Related Videos about Mens Underwear Guide – Finding the Right Underwear for Your Man : 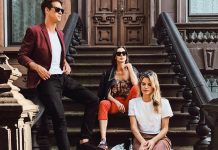 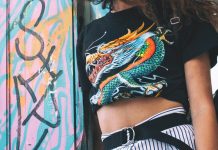 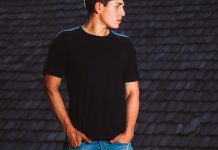 A Low Down on Scrotal and Testicular Conditions and Where to...