Netflix To Roll Out Choose Your Adventure Shows For Kids And Adults: You’ll soon be able to choose how your favorite Netflix show ends at the click of a button.

Does Frank Underwood end up coaxing Russia into war in House of Cards? Or, does he secede power to Claire? What about Daredevil? Does he got at it with Luke Cage in The Defenders, or do they find a way to get along?

Soon, you’ll be able to choose scenarios such as these right from your couch.

Netflix is reportedly planning to roll out interactive choose your own adventure-style programming for some children’s shows later this year. If it works, it’ll go up to adult programming by having directors shoot multiple plotlines and endings for each show.

A source told The Daily Mail that Netflix is “doing work on branch narratives so you are actually making choices as you watch. All the content will be there, and then people will have to get through it in different ways.”

The source continued: “It is almost random – you could go through a story in incredibly weird ways. I can’t imagine what the story will be like but it’s highly fragmented.”

It isn’t likely you’d be able to explicitly say: I want Jessica Jones to do [insert scenario], for example. However, you’ll probably be able to say whether you’re in the mood for a happy ending or something a little more complicated.

Details are murky at best right now since Netflix hasn’t confirmed this news. The only sign we have other than this anonymous source is that president Reed Hastings said the company is working on interactive shows. “Once you have got interactivity you can try anything,” he said.

Man, this would certainly be f’ing cool if they can pull this off. Cool for the viewer that is. Because if Netflix does this, traditional cable and movie companies are even more screwed than they thought. 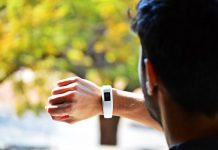 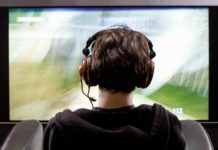