Scarlett Johansson’s divorce case shows why men are scared of being stay-at-home dads: It’s every stay-at home dad’s worst nightmare. A previously high-flying man puts his career on hold to allow his more successful wife to continue working, while he brings up their newborn child.

So far, so progressive: after all, what truly modern man wouldn’t do the same?

Then, a couple of years later, when your gurgling baby turns into a beautiful, walking, talking little person, mum suddenly files for divorce – and demands custody of the child you reared while she made her fortune.

It would be a bitter pill for any man to swallow – and right now, Romain Dauriac, aka Mr Scarlett Johansson, is publicly choking on it.

Two years ago, shortly after the couple married, Dauriac gave up his career as a magazine editor and manager of a creative agency to raise the couple’s daughter, Rose, in Dauriac’s native France.

Johansson split her life between France and Hollywood, and, enabled by her husband’s support on the domestic front, in 2016 alone her movies grossed $1.2 billion and she pocketed $25 million. That took her career gross to $3.3 billion, making her the tenth highest-grossing actor of all time.

That’s not bad for an actor who’s been a vocal critic of the gender pay gap in Hollywood, where she claims “sexism is real”. (As an aside, one wonders, will Johansson continue her quest for gender equality and give half her fortune to Dauriac, or at least half the dough she earned while he kept baby?)

For now, we are left guessing, as Johansson has said she will “never, ever” talk about the end of her marriage for the sake of her daughter and, bizarrely, “out of respect for all working moms”. She has also pleaded for the media to respect the couple’s privacy – although it’s worth noting that the public’s appetite for celebrity gossip was fuelled when the Hollywood actress recently told Playboy magazine, “I don’t think it’s natural to be a monogamous person”.

Anyway, it would be foolish to speculate here why Johansson and Dauriac are parting ways. Celebrity divorces are unpredictable affairs, as the hugely acrimonious split of Angelia Jolie and Brad Pitt showed. Last September, Jolie claimed Pitt had physically assaulted their 15-year-old son, Maddox, while on a plane. Pitt was later cleared of all charges, but tellingly Jolie currently has temporary primary custody of their six children and Pitt makes do with “therapeutic visitation”.

Which brings us neatly onto the main storyline of Johansson’s latest drama: who will get custody of their daughter? It promises to get messy, as both parents seem determined to fight for that prize.

Johansson is requesting residential custody of their daughter, which Dauriac’s lawyer, Hal Mayerson, describes as “laughable,” adding: “He believes that her schedule makes it impossible for her to have physical custody – unless she intends to have her children raised by nannies and helpers.

“Under the laws of the United States, thankfully men and women are treated the same in reference to custody. You can’t hide behind a suit or a dress – it’s what’s in the best interest of the child.”

If only that were so. Johansson will more than likely be a benefactor of one of the legal system’s greatest inequalities: the de facto granting of child custody to mothers.

And here’s where this rarified story has implications for our own ordinary lives. Now, it will all be about lawyers proving who was Rose’s “primary caregiver.” This standard tries to determine which parent has been responsible for meeting most of the child’s daily needs, such as feeding, bathing, playing, waking and putting to bed, making doctor appointments, arranging for child care, and so on.

Faced with a raft of skilled lawyers propelled by an endless torrent of money, for Dauriac the outlook is stormy.

Here in the UK, mothers are awarded custody in the overriding majority of custody cases. Indeed, dad’s rights group Fathers 4 Justice estimates a staggering 92-98pc of child residencies are given to mothers.

As Glen Poole of the Men & Boys Coalition says: “The entire system of parenting in the UK is set up around the presumption that mother knows best and that when parents separate there should be a primary parent”. That’s hard to stomach for many men – especially those who have taken on the mantle of stay-at-home parent.

In Britain, we’re currently seeing a rise in the number of stay-at-home dads – it’s roughly quadrupled in the last 25 years, according to research by the Pew Research Centre. But are these really the men that careerist women want? Perhaps not, says divorce lawyer Vanessa Lloyd Platt, who claims that divorces where the man is a full-time dad have doubled in the last five years, and now account for 10 per cent of all marital break-ups.

“In my experience, 25-30 per cent of couples where there is a stay-at-home dad end in acrimonious splits — and it is almost always the woman who initiates proceedings,” she says.

In an age when equality is expected, and even demanded of dads, it’s a tragic footnote that the family courts seem stacked against them.

Now Romain Dauriac, just like millions of ordinary dads before him, will most likely find that even his charmed life has no Hollywood ending. 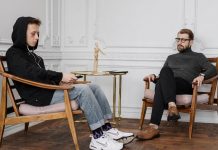 5 Mistakes You Should Not Make When Dealing With Your Addict Child! 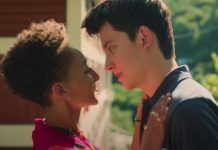 5 Life lessons we can only learn from Netflix’s Sex Education, though lately 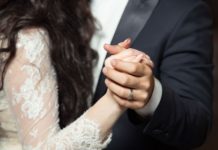 Marriage: Is It Redundant, Similar To Every Other Monogamous Relationship, Or Something Else?